The COGEX Cool Gas generator Experiment is still ongoing on board of the Proba-2 satellite and performing well more than 11 years after launch but has been assigned a new function. Recently, in view of the increased risk of debris collisions, ESA decided to assign an operational mission task to the experimental propulsion system: Collision Avoidance Maneuvers.

In the COGEX, four nitrogen CGGs are present that can refill the tank of the propulsion system when its propellant load is low. The tank feeds a resistojet thruster that can be used to maneuver the satellite. The propulsion system is built by SSTL in the UK while Bradford Engineering and TNO provided the COGEX experiment. Since 2018, the experiment is managed by HDES.

With space getting increasingly crowded, the chance that Space Debris comes close to the Proba-2 is getting higher. Up to recently, no specific measures were taken, but ESA has decided that it is time for action. The propulsion system on board of Proba 2 can be used to maneuver the satellite out of the way when a piece of debris comes too close.

On 4 March 2021 a first simulated CAM (Collision Avoidance Manoeuvre was carried out as an end-to-end test to qualify the experimental resistojet thruster for CAMs. In the post-manoeuvre analysis, it was shown that a delta-V of 0,025 m/s along track (orbit lowering) was achieved. About 5% of the propellant in the tank was used for the manoeuvre.

The last CGG will be used to refill the propellant tank when the present propellant has been used. In this way, COGEX has become an operational part of the mission and is ensuring a long operational life for Proba-2. 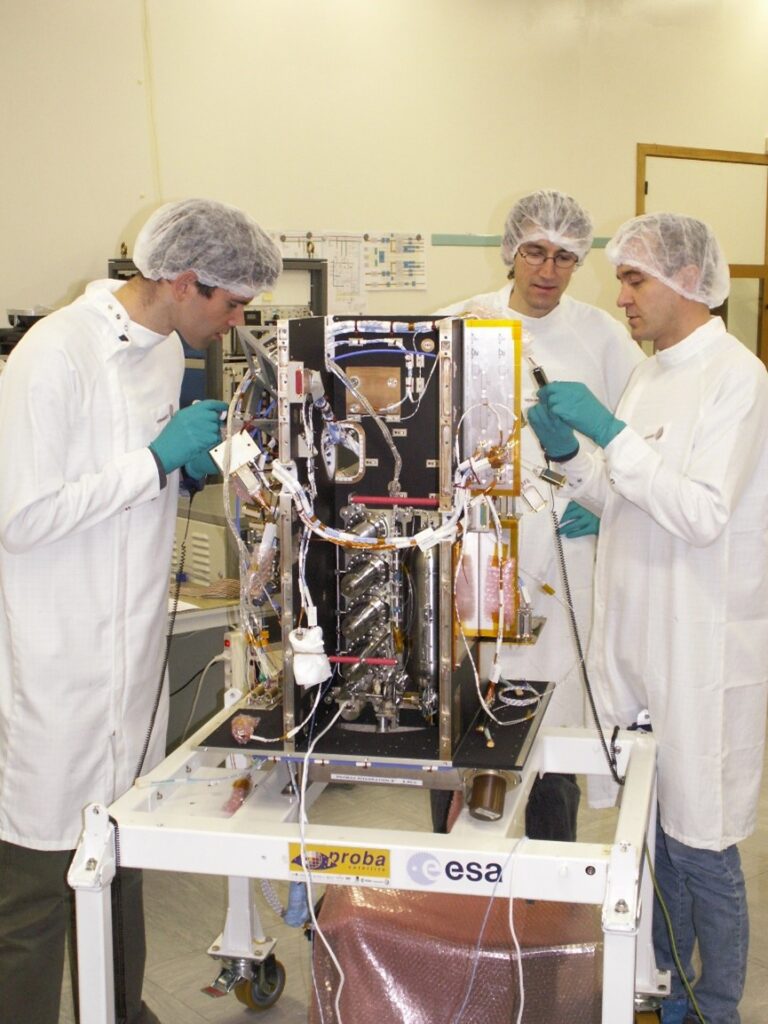 The Proba-2 satellite during assembly, the four COGEX cool gas generators are visible in the lower middle of the satellite. Credit ESA